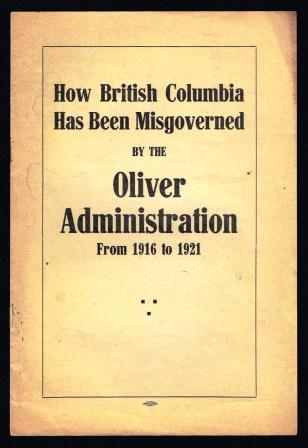 Title: How British Columbia has been misgoverned by the Oliver administration from 1916 to 1921

Publisher: Vancouver, BC, Publisher Not Shown: 1921