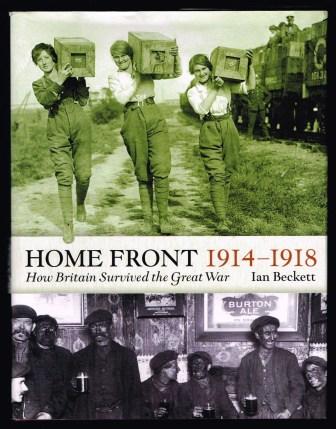 The First World War was the first conflict to mobilize all Britain, and this new Home Front affected the lives of every man, woman and child. While George V was issued with a ration card, thousands of ordinary women took up jobs traditionally done by men. And aerial bombardment made the effects of war astonishingly real. Discover here the varied and often surprising ways in which the people of Britain lived through it all. 224 p. : ill. ; 26 cm. Bright, fresh copy, unmarked. Nearly similar, unclipped dustjacket show a couple of tiny edge tears. Weight, 847g.