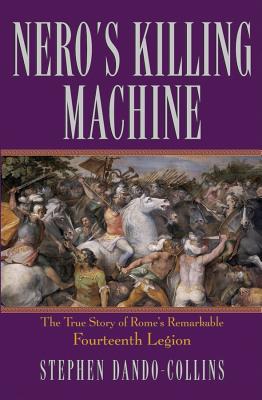 "The 14th Gemina Martia Victrix Legion was the most celebrated military unit of the early Roman Empire. After participating in the A.D. 43 invasion of Britain, the legion achieved its greatest glory when it put down the famous rebellion led by Britain's Queen Boudicca." "In this book, second in the author's definitive histories of the legions of ancient Rome, Stephen Dando-Collins brings the 14th Legion to life..'. xiv, 322 p. : maps ; 25 cm. Interior is bright, clean and unmarked. Bindin is tight and square. No wear to the boards. Unclipped dustjacket is very nearly similar. Weight, 553g.