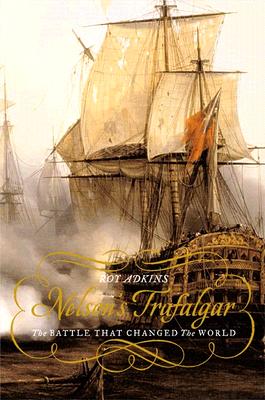 Nelson's Trafalgar: The Battle That Changed The World

On October 21, 1805, as Britain's Royal Navy under the command of Horatio Nelson clashed with Napoleon's forces in an epic sea battle off the coast of Spain, the fate of Europe hung in the balance. Though the cost was high--and Nelson himself was killed--the British victory prevented Napoleon from invading Britain and paved the way for the eventual defeat of the French emperor. First published under the title: 'Trafalgar: the biography of a battle'. London : Little, Brown, 2004. xxiii, 392 p. : ill., maps ; 24 cm. A bright, clean, fresh copy in a similar, unclipped dustjacket - 'as new'. Weig... View more info