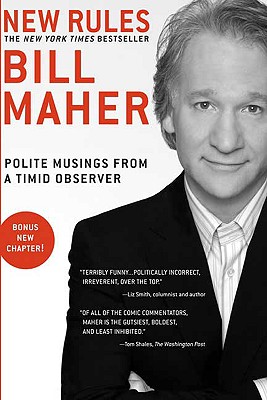 Bill Maher is on the forefront of the new wave of comedians who have begun to influence and shape political debate through their comedy. He is best known not just for being funny, but for advocating truth over sensitivity and taking on the political establishment. Maher's combustible mixture of irreverence and acerbic humor has garnered a loyal following and 18 Emmy nominations, as well as a reputation for being a controversial bad boy. Originally published: 2005. hERE, With new bonus chapter. ix, 243 pages : illustrations ; 23 cm. Bright, clean copy. Previopus owner's signature to the htp oth...
View More...