Yukon Lady : A Tale of Loyalty and Courage

An account of a lone woman's adventures in the North of Canada. 192pp, illustrated, map. Mint copy, 'as new'. Weight, 260g. Eligible for inexpensive Canada Post Lettermail rates within Canada, slightly more to the USA and other Countries. View more info 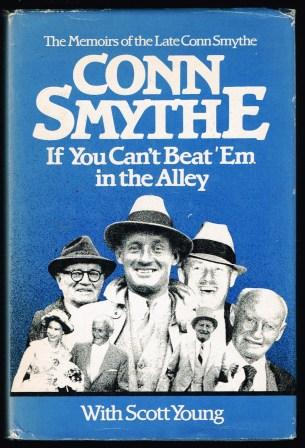 Conn Smythe : if you can beat 'em in the Alley

By: SMYTHE, Conn (with Scott Young)

Biography of Conn Smythe, Canadian businessman, soldier and sportsman in ice hockey and horse racing. He is best known as the principal owner of the Toronto Maple Leafs of the National Hockey League (NHL) from 1927 to 1961 and as the builder of Maple Leaf Gardens. As owner of the Leafs during numerous championship years, his name appears on the Stanley Cup eight times: 1932, 1942, 1945, 1947, 1948, 1949, 1951 and 1962. 290 pages : illustrations ; 24 cm. Includes index. Book is bright, clean and unmarked, still quite fresh. Binding is tight and square and there is no wear to the cloth. The pric... View more info

Snow on the Hills; With Forty-seven Photographs by the Author

Photographs by the author of snow in the mountains of Britain, and, photographs from the author's 1933, 1936 and 1938 Mount Everest Expeditions. 119pp, 47 full-page photographs in b&w. Interuior is clean and unmarked. Binding is tight and square. Linen-coloured cloth shows no wear but some mild fading. Unpacked weight, 974g. We use both the Canada Post and the United States Postal Service and offer very competitive postal charges - based on actual costs, no overcharging. Images always available. Shipped well packed. [Maximum postage to anywhere within Canada is now approx US$15.00- up to 5kg ... View more info

Jumping Round the World